Well, for those who don't know, I have a band and it's called CAPONES. Between 2003 and 2005, I've made some animations for videoclips and DVDs of the band. I created four characters in 3dsmax to caricature the band members and one of them is obviously me! I'll post something again about this character, but for now, you can see some of the animations I did with these guys here:


In this clip, I made everything. From modeling to final edit. The bg music is from "Man or Astro-Man" (GREAT BAND BTW) and the music is "Interstellar Hard Drive".

The animation itself is not good 'cause I wasn't really studying animation (like I am now) at that time. Just 3D in general. But I think the charcters are nice. They're kinda cute... :P
Postado por Alan Starship às 4:47 PM 1 comment:

Smoothed but not finished! It still needs lots of polishing... and that's without mentioning the girl that I've didn't even touched... I had some little problems with this one, had to start it all over from scratch, that's why it took so long, but that's ok since I learned a lot of Maya. How to make hair and fur, lighting, rendering with mental ray, etc... It was pretty cool!

Oh, and I almost forgot! For those of you who use Maya if you want to play with these characters you can find them at highend3d. There are lots of rigs ready to animate there! These two are MooM and Andy. Cheers!
Postado por Alan Starship às 11:31 AM 4 comments:

And here's the transcription from animWATCH:

VOICE ONE:Tell me you're not really going out like that.

VOICE TWO:Of course I am, dear. Not that I'd expect you to understand. It's called Style.

I'm trying to make the best "full of himself" poses, and this remembered me of one "Toy Story 2" scene when Woody gets out of the cartoon box feelling like he's the greatest cowboy of the wild west. I watched the scene a lot and it's a great reference. It became a classic today... If I can make something even near as good as that I'll bee very happy! I love Toy Story! 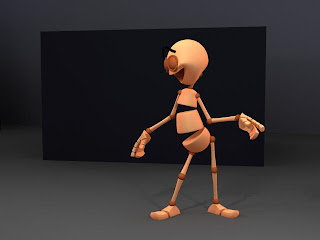 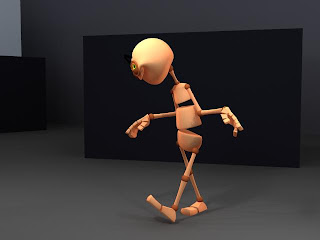 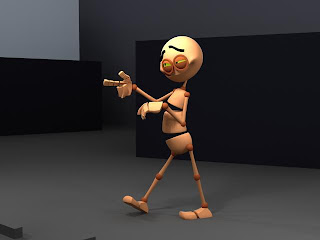 Ok, so here's the layout! Now it's a little bit clearer. You can see the camera positions, movements and cuts. It also reveals how the characters look and their positions. But it's all for now, no animation yet... =)